HERMON Erfgoed is going to restore the former town hall and city hall both located at Raadhuislaan 11 in Tegelen (municipality of Venlo) and redevelop them into a catering facility and a residential-care complex respectively. The municipal monument (former Council House) dates from 1939 and was designed by the Dutch architect Fritz Peutz.

The former town hall is one of the most beautiful buildings in Tegelen. The building was erected in the Delft School and Neoclassicism architectural styles. The portico consisting of the raised entrance with rows of columns, a pediment and tympanum gives it a distinguished appearance. This is not surprising, since the building housed representative functions such as the council chamber, the mayor’s office and the secretary’s office.

For decades, debates were held in the building, important decisions for Tegelen’s future were made, marriages were performed and deaths and births reported. A building that has a high political and emotional significance for the inhabitants of Tegelen. Due to a merger with the municipality of Venlo, the town hall lost its function in 2001. From 2001 to 2010, the building served as a municipal shop, after which it was rented to Ithaka Science Center. In 2013, the Raadhuis and the Stadskantoor became vacant. In April 2019 HERMON Heritage signed the purchase agreement for the intended redevelopment. 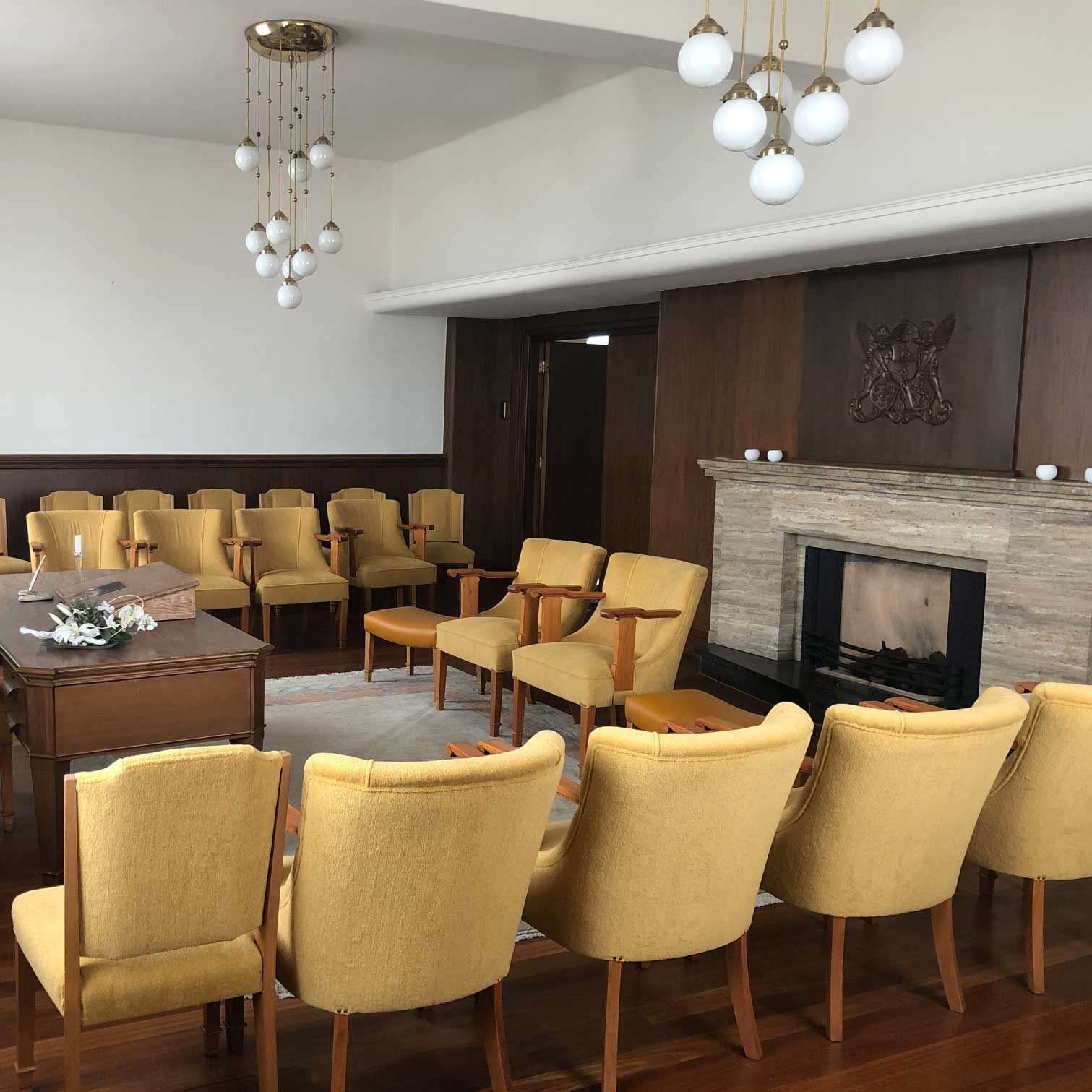 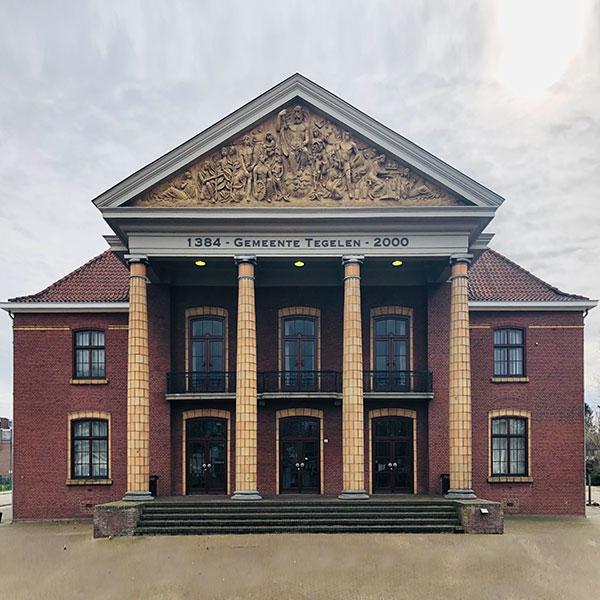 After the corresponding environmental permit has been granted, HERMON Erfgoed will transform the office section (formerly City Hall) into a modern residential-care complex. The care flats are intended for people with a 24-hour care indication. In the monumental front part, the former town hall, a catering facility will be established. It will be open to everyone and should provide a link to the residential and care complex. The monumental rooms on the first floor will be retained and will be available for exclusive hire for meetings, parties and special occasions, such as weddings, private dining, receptions and group lunches. Restoration and renovation work is expected to start in early 2021. 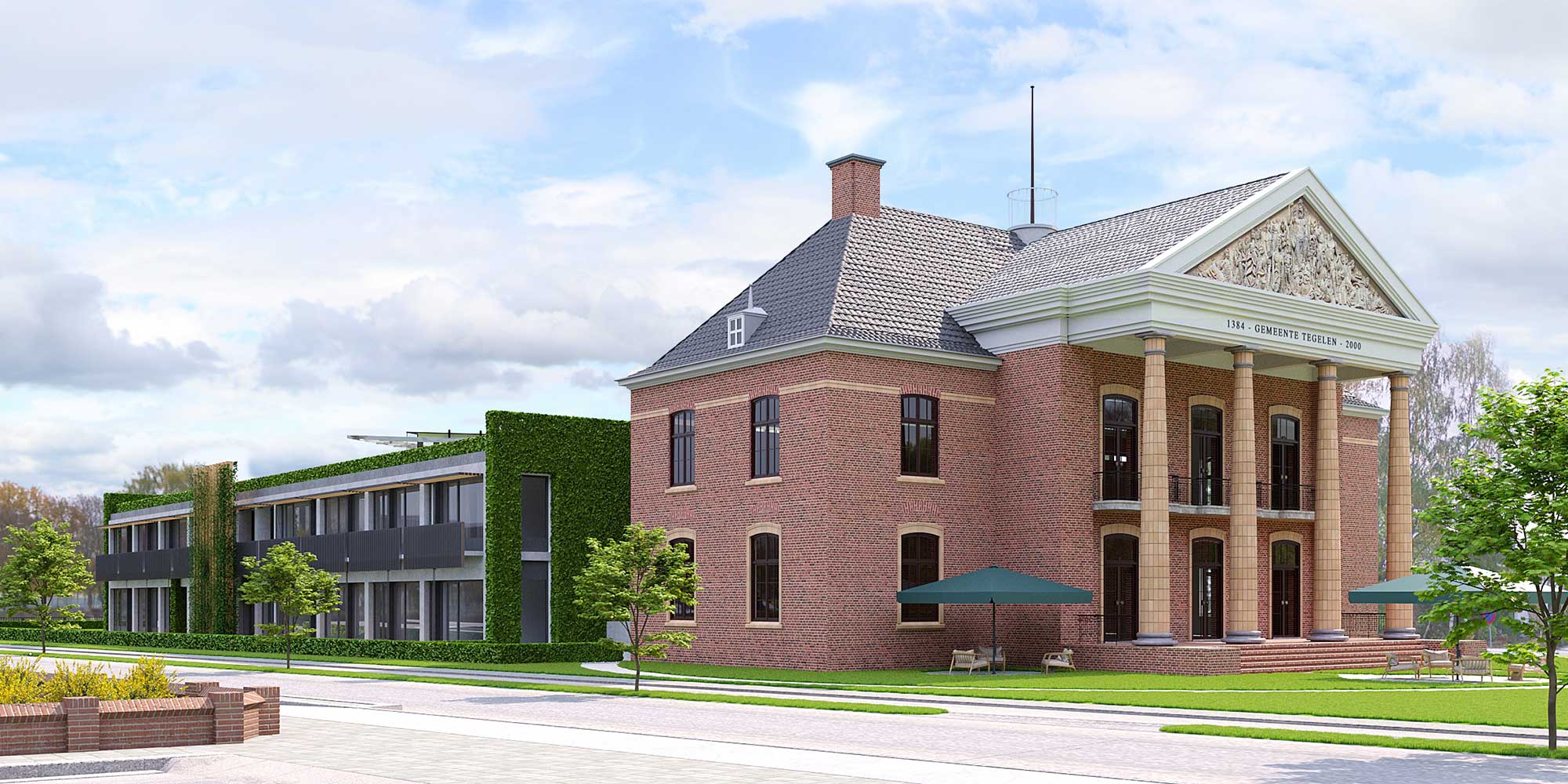 Return to in ontwikkeling

We give a future to the past HERMON Heritage